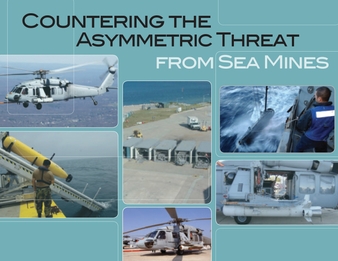 Sea mines have long posed a threat to the operations of U.S. sea-based forces. Since World War II, sea mines have damaged four times the number of U.S. naval vessels as all other means combined. The essence of U.S. national defense strategy is to protect the global commons – most obviously the world’s oceans and waterways – and to project expeditionary joint power in the defense of U.S. allies, friends and interests globally. America’s potential adversaries, whether they are peer competitors, rogue regimes or terrorist groups, understand this nation’s dependence on open sea lines of communication. Some prospective adversaries are energetically pursuing the ability to combine the delivery of advanced sea mines with employment of ballistic and cruise anti-shipping missiles and the use of both small boats and submarines to create an anti-access force. The ability of adversaries to interfere with the movement of U.S. forces or global commerce must be judged to be a serious danger.

There are two challenges facing the U.S. Navy with respect to addressing the sea mine threat. One is to modernize the existing mine countermeasures (MCM) force that will reach the end of its useful life beginning in the next decade. This modernization effort must take place in an environment marked by the growing technical sophistication and proliferation of sea mines. The other challenge is to both revitalize the U.S. mine warfare capability and provide additional capabilities that can be deployed rapidly to meet new threats. This rests principally with the deployment of the Littoral Combat Ship (LCS) and, specifically, the Mine Countermeasures Mission Package.

The capability to perform a given mission will reside in so-called mission packages. These consist of mission modules, trained crews and support aircraft. The mission modules consist of mission systems plus associated support equipment. The Mine Countermeasures Mission Package will ultimately consist of nine distinct but integrated mission systems. A basic Mine Countermeasures Mission Package was delivered in 2007. The program of record is to incrementally expand on this basic mission capability with the introduction of additional elements as they become available, deploying the complete mission package in 2017 if adequate funding is available.

Click here to view the full study as PDF.