President Obama on October 26 announced $3.4 billion in grant awards for Smart Grid modernization. The nation’s largest such investment to date, funded under the American Reinvestment and Recovery Act, went to support 100 projects, out of some 400 applicants. According to White House statements, the funding will support the installation of 2.5 million smart meters to help consumers monitor their energy use, as well as 200,000 smart transformers and 700 automated substations to improve reliability and reduce the number and duration of service interruptions.

One of the largest grants awarded was $200 million to Baltimore Gas and Electric, Maryland’s largest electric utility and a wholly-owned subsidiary of Constellation Energy. The project’s initial phase, installing two million smart electric and gas meters and implementing mandatory time-of-use electricity pricing schedules, is planned to begin in 2010 and complete full deployment by 2014.

Before the utility can receive its new federal funds, it must first receive approval from its regulator, the Maryland Public Service Commission, which it said it hopes will happen by the end of this year. The state’s Office of People’s Counsel has fought against an expedited review, citing costs to ratepayers exceeding $480 million over the full deployment period and a need to confirm the validity of consumer benefits.

In a “Smart Energy Pricing” pilot conducted by the Maryland utility in 2008, consumers responded to different dynamic pricing programs in which they were incentivized by rebates for reduced energy consumption. An analysis by Institute for Electric Efficiency and the Edison Institute found that energy consumption during critical peak usage periods was reduced by between 18 and 33 percent.

Duke Energy, headquartered in Charlotte, also won $200 million for Smart Grid work in Ohio and Indiana, in addition to smaller grants for work in other states. The company has already received regulatory approval to use half of the federal funds to install 700,000 smart electric meters and 450,000 natural gas meters in Ohio between 2010 and 2012. It estimated that the new grant would reduce the share of the $1 billion installation cost of the new meters it had planned to pass on to its customers. North Carolina’s Utilities Commission is expected to rule in November on a proposal by Duke Energy to raise consumers’ power bills by an average of seven percent over the next two years.

Major Utilities Passed Over
Included among the 300 proposals that did not win Smart Grid funding were some that had seemed heavily favored. Surprisingly, Northern California’s only major award went to Sacramento’s Municipal Utility District, for 600,000 smart meters and 100 electric vehicle charging stations, leaving out a highly-publicized San Jose initiative by a partnership that included the city government and Pacific Gas & Electric.

New York also walked away with fewer federal dollars in hand than many observers had expected. The Long Island Power Authority missed out on its $120 million application, and the state’s biggest grant award of $136 million to Con Edison went to a project benefiting both New Jersey and New York consumers. 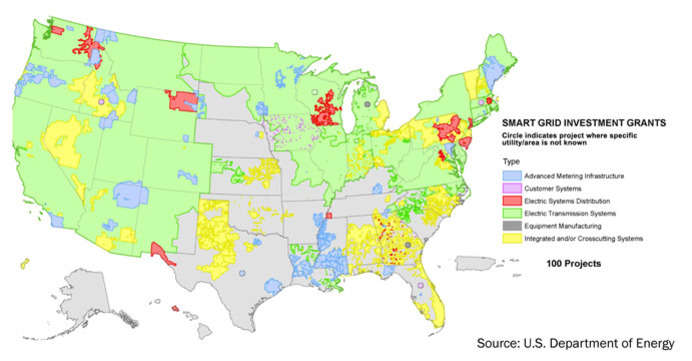 As the nation moves toward a Smart Grid infrastructure, with an increased reliance on wireless technology to transmit consumer information, potential vulnerability to cyberattack or other form of online security breach will become increasingly critical. With federal Smart Grid grants expected to accelerate the installation of over a million smart meters for consumer use as soon as next year, the urgency of near-term cybersecurity solutions for these systems can expect to receive increased attention from press and decisionmakers.

In October, the federal Department of Energy and Department of Homeland Security announced an $18.8 million, 5-year grant to a consortium of universities headed by the University of Illinois at Urbana-Champaign’s Information Trust Institute. The project, called Trustworthy Cyber Infrastructure for the Power Grid, will focus on the development of technologies that add Smart Grid capabilities like a secure, real-time communication system, an automated attack response system, and risk assessment and security validation techniques. The research team was initially created to work on a 2005 National Science Foundation grant on the development of resilient cyber infrastructure.

Meanwhile, a Congressional proposal by House Homeland Security Committee Chairman Bennie Thompson and Senate Homeland Security and Governmental Affairs Chairman Joseph Lieberman would authorize the Department of Homeland Security, working with other national security and intelligence agencies, to conduct a study on the security of federally-owned systems and networks essential to the nation’s critical electric infrastructure. Although the proposal, “The Critical Electric Infrastructure Protection Act,” represents an amendment to the Federal Power Act, it is noteworthy that the Department of Energy is excluded from its proposed activities.

The Federal Energy Regulatory Commission announced last month that it is sponsoring a study, to be conducted by researchers at California’s Lawrence Berkeley National Laboratory, to determine appropriate metrics to assess the effects on reliability of integrating large amounts of variable renewable generation onto the power grid. According to Chairman Jon Wellinghoff, the study’s goals are to examine current limitations of the grid to accept variable renewable resources and “to identify what investments we need to make in order to fully and reliably accommodate continued growth of renewable energy resources.” The study is expected to be completed by April 2010.

Two new California laws approved in October may set important precedents for other states seeking to adopt their own Smart Grid policies. California became the first state to designate Smart Grid as its official energy policy, when Governor Arnold Schwarzenegger signed SB 17 in October. The law, which establishes a regulatory approach for considering and deploying Smart Grid plans, requires:

Other California legislation signed in October requires electric utilities to buy any surplus energy its customers produce from solar or wind power at above-market rates. Previously, such customers received energy credits that they were required to use within the same year. 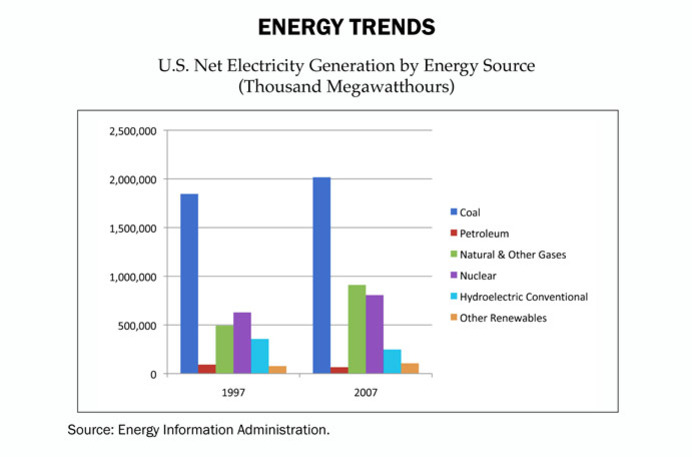