In an effort to increase energy efficiency, the Energy Independence and Security Act of 2007 requires all light bulbs to be 25 to 30 percent more efficient by 2014 than they are today. In effect, the federal law will ban incandescent light bulbs.

These energy standards have generated an increase in investments into LED (light emitting diode) and CFL (compact florescent lamp) lights. Philips, Panasonic, and Toshiba have all unveiled LED bulbs, and General Electric just unveiled its GE Energy Smart LED. The 40-watt LED light bulb consumes just nine watts of energy, which represents a 77 percent energy savings over the incandescent bulb. The bulb, scheduled to be in stores in 2011, will last up to 17 years – but will cost around $50.

Not everyone supports this shift in energy policy. The Arizona House of Representatives recently voted to ignore the incandescent ban, questioning whether the federal government should dictate such standards. A Minnesota lawmaker introduced a similar bill, which would exempt the state from the federal law.

In an effort to encourage efficient light bulb innovation, the 2007 Energy Act established the Bright Tomorrow Lighting Prize (known as the L Prize) competition. Administered by the Department of Energy (DOE), the L Prize is the nation’s first government-sponsored technology competition. The stated goals are to spur the development of a solid state replacement for the 60-watt incandescent light and a replacement for the PAR Type 38 halogen light. The program also establishes a prize for a 21st Century Lamp that achieves certain efficiency and color targets. After the awards are granted, DOE is required by law to develop guidelines for federal agency purchases of incandescent and halogen replacements within a five year timeframe.

The L Prize competition includes a rigorous evaluation process to ensure the proposed products meet technical specifications and comply with general requirements set forth in the 2007 law. In each category, entries will be accepted until a winner is declared or until 24 months have elapsed since the first award in that category. The first category entrant to successfully meet the full competition requirements will receive a “significant” cash prize and opportunities for federal purchasing agreements, utility programs, and other incentives.

Although Congress was mute on the subject in authorizing the award, eligibility requirements added by agency staff in 2009 require that entries be manufactured and/or assembled in the United States, where entrants must also be incorporated. Some critics have argued that this is a protectionist measure in violation of the General Agreement on Tariffs and Trade (GATT iii, 4).

The Obama Administration views the L Prize as such a success that a March Office of Management and Budget memo encouraged other federal agencies to follow suit and use grant funds to sponsor challenges and prizes.

Philips Electronics was the first company to submit an entry for the L Prize competition in September 2009. Philips’ LED replacement for the common 60-Watt incandescent light bulb was dubbed one of the “Best Inventions of 2009” by Time Magazine, as the bulb uses less than 10 watts and lasts for 25,000 hours – or 25 times as long as the incandescent – and emits the same amount of light. If Philips wins this category, the Dutch company could win up to $10 million in cash prizes.

The transition from incandescent light bulbs to energy-saving lights is not without consequence on jobs. Phasing out the incandescent bulbs has forced manufacturers to cease production, which has led to workforce reductions in the midst of the economic recession. Hundreds of jobs were eliminated last month when General Electric announced the closure of its Niles, Ohio plant that produced the bulbs.

U.S. Representative Ed Markey (D-MA) introduced legislation in March that would ensure accessibility to and privacy of energy data via the Internet. The bill was introduced as the Federal Communications Commission (FCC) unveiled its National Broadband Plan, which aims to expand access to broadband through federal initiatives.

One of the six goals of the National Broadband Plan is to give Americans access to broadband to allow them to “track and manage their real-time energy consumption.” Recommendations include integrating broadband into the Smart Grid, increasing access to “smart homes” and “smart buildings, and having states require electric utilities to provide consumers control of their own energy information digitally.”

Rep. Markey was the Congressman who included the mandate for the FCC to develop the National Broadband Plan in the American Recovery and Reinvestment Act.

The Markey bill, known as the Electricity Consumers’ Right to Know Act, or e-KNOW, would legislate some of the energy initiatives of the FCC Broadband Plan. In conjunction with smart meters, consumers could track and control their use of electricity in real time via their mobile devices by connecting to data from utility companies.

The proposal mandates that any such smart meter system “provides adequate protections for the security of such information and privacy of such electric consumer.” It requires the Federal Energy Regulatory Commission of the U.S. Department of Energy, in consultation with state regulatory authorities, to issue guidelines for data security and consumer privacy, and charges state attorneys general and U.S. district courts with enforcing compliance.

Regardless of a federal law mandating consumer access to electricity usage information, the demand for real-time energy consumption information is increasing. The National Broadband Plan not only calls on states to require electric utilities to provide real-time consumption information but also recommends that if states have not established such policies in 18 months that Congress consider legislation.

Electric utility companies are also considering such a shift. California’s PG&E is publicly contemplating a system that would give consumers comparable data on usage of similar households and provide online alerts when customers are approaching higher pricing terms.

Even some start-up companies are beginning to offer services to consumers interested in reducing their energy consumption. For example, OPOWER offers energy consumption reports several times a year to its customers that include comparisons to similar households and an analysis of consumption. Tendril Networks offers software that warns consumers when they are approaching peak time pricing.

Be it through federal law, the implementation of the National Broadband Plan, or utility-driven initiatives, increasing access to real-time energy consumption data via smart meters will play an increasing role in the development of energy and telecommunications policy.

Two years ago, the Public Utility Commission of Texas (PUC) approved a $4.93 billion plan to construct new transmission lines over the next five years. The transmission lines will transmit 18,456 megawatts of wind power from West Texas and the Panhandle region to metropolitan areas of the state.

CPS Energy, San Antonio’s municipally owned utility company and the largest publicly-owned purchaser of wind power in the country, uses more than 709 megawatts of wind-generated electricity annually, which is enough energy to provide electricity for more than 165,000 homes.

Transmitting electricity from the wind farms has proven problematic in central Texas. In March, an administrative law judge with the State Office of Administrative Hearings recommended to the PUC that the transmission line project be re-routed to parallel existing right-of-ways in parts of Llano and Burnet Counties.

Local officials in these communities northwest of Austin recognize that any new route the transmission line project would take has a real impact on property owners, arguing that it is unfair for the state to establish an alternative route after the deadline for public comment had passed.

The Federal Energy Regulatory Commission possesses eminent domain powers for Smart Grid, allowing it to authorize placement of electric transmission lines even when negotiations between landowners and utilities fail to produce agreements satisfactory to both parties. In such cases, courts would determine the compensation levels awarded to landowners for any loss of use of land during or following construction, loss of resources, or other damage.

Meanwhile, the small Texas border town of Presidio is combating energy transmission problems with utility-scale battery power. The only link between the U.S. power grid and Presidio was built in 1948 and goes down frequently, so the city invested in a huge single battery. It is the largest in the U.S. and can store up to four megawatts of power for up to eight hours. Electric Transmission Texas, LLC, a joint venture between subsidiaries of American Electric Power and MidAmerican Energy Holdings Co., dedicated the battery and substation, which cost approximately $25 million, in early April, just days after the sodium-sulfur battery system was energized to the Electric Reliability Council of Texas grid. 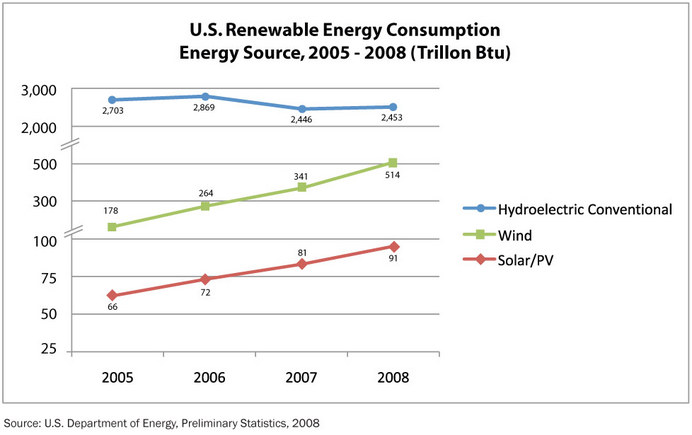