These findings were not altogether surprising for those who have followed school progress under the Standards of Learning (SOLs). School districts with the lowest graduation rates were, for the most part, the same districts whose schools have had the most problems meeting benchmarks for full accreditation under the SOLs.

But that does not diminish the urgency of the implications. In the Roanoke, Petersburg and Portsmouth city schools, less than 60 percent of black students graduated high school in four years. In Richmond and Roanoke, less than half of Latino students did. And in the Northern Virginia school districts of Arlington and Alexandria, only three out of five Latino students graduated high school on time.

Petersburg schools had the lowest on-time graduation rate and highest dropout rate in the Commonwealth. Petersburg had five schools denied accreditation last year, and one accredited with warning. Accreditation status is based on student performance on the SOL assessments.

What can be done to improve these results? The Virginia Department of Education provides technical assistance to help low-performing school districts improve. In fact, Virginia’s minority students have shown steady growth in test scores, ahead of national averages, in recent years. But significant achievement gaps between white and minority children remain. Middle school test score performance has proven to be a particular challenge in a number of school districts.

Providing more competition and options for parents, particularly in these districts, is especially important. In the District of Columbia, charter schools have established a proven track record of raising academic achievement for poor and minority children. In Florida, a state with constitutional similarities to Virginia for education, a 2008 analysis of the state’s A+ voucher program by Greg Forster demonstrated that the school choice program produced measurably improved classroom results for low-performing public schools.

In January, Petersburg school officials, working with state officials, solicited proposals to create a “Middle School Turnaround Zone.” The idea for the plan would be to bring in an outside organization to lead reform efforts in grades 6-8, creating a new choice opportunity for Petersburg families that offered a fresh approach to increasing academic performance. While there is reason for optimism that such an innovative approach could work, there were concerns that its implementation is being rushed, its scope too short-term, and that the model provides would-be applicants too little autonomy to generate the large-scale improvements needed. 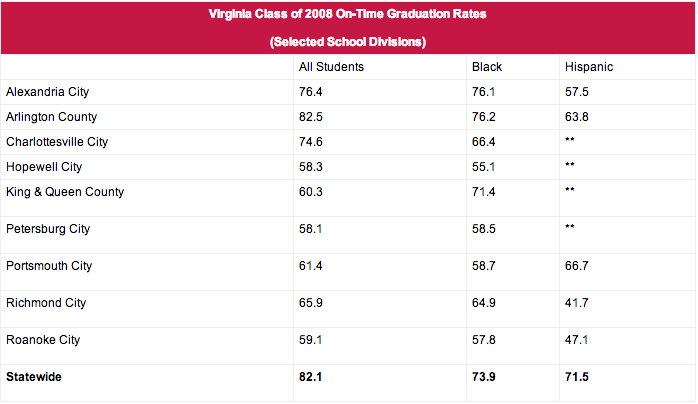