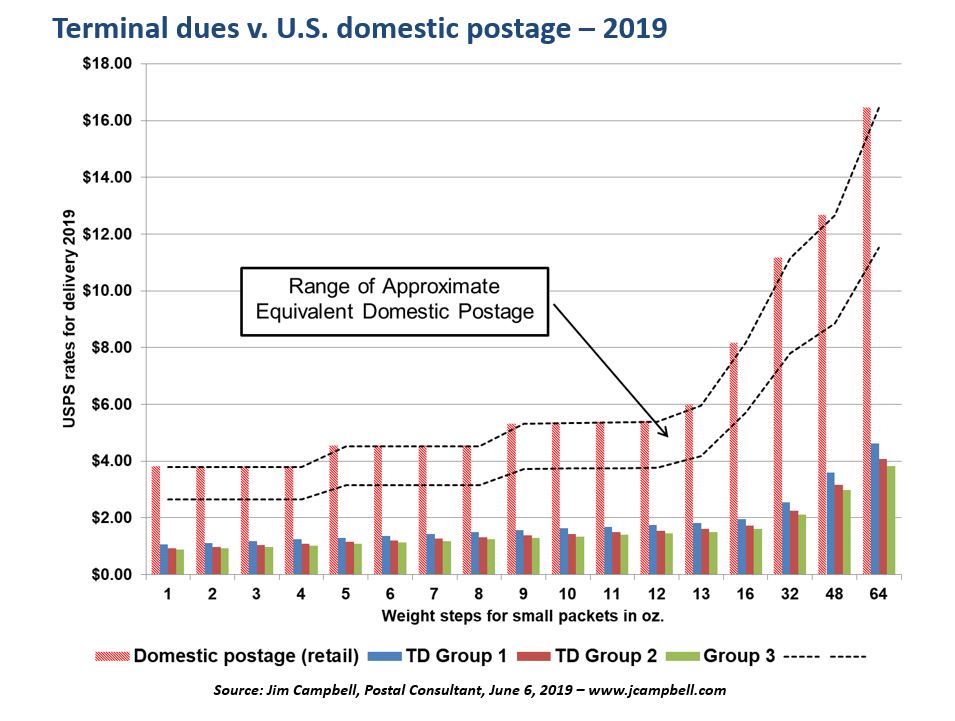 How much of a discount do foreign-based shippers receive when sending mail and small packages (aka terminal dues items) to the United States? It is as much as 65 percent compared with U.S. domestic Postal Service customers.

We thank renowned postal consultant Jim Campbell, who has been analyzing these issues for decades, for sharing the above information. The huge disparity and subsidies given to foreign shippers, particularly those from China which is classified as a Group 3 country, underscore the need for a new remuneration system at the Universal Postal Union (UPU).

The UPU is convening an Extraordinary Congress September 24-25. If an agreement cannot be reached, the U.S. is prepared to withdraw from the UPU and establish self-declared rates to end the preferences given to foreign mailers.