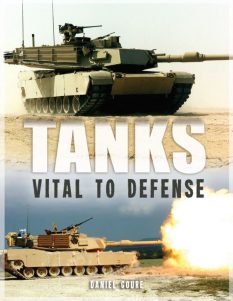 Click here to read the full report as a pdf.

In 2013, a year before Russia invaded Ukraine, the United States came within months of shuttering the last plant in the Western Hemisphere capable of building main battle tanks. The Obama Administration, believing that the United States no longer faced the threat of conflict with a major land power, sought to save money by terminating the Abrams upgrade program and closing for four years the factory, called the Joint Systems Manufacturing Center (JSMC), at Lima, Ohio.

Now, great-power competition is back and with it the need to deter large-scale conventional aggression in Europe and Asia. Russia, for example, has been engaged in a decade-long program to modernize its conventional forces, and now it poses a threat to NATO. According to the Chief of Staff of the Army, General Mark Milley, U.S. ground forces are threatened by Russian tanks and artillery: “It’s close. It’s not overly dramatic but it’s the combination of systems — we don’t like it, we don’t want it — but yes, we are technically outranged and outgunned.”

The U.S. Army needs to restore its superiority in land combat power, particularly in Europe. This requires an expanded program to upgrade the current fleet of M1A2 Abrams main battle tanks. It also needs to revitalize the heavy-armor industrial base, particularly the JSMC. And, the workforce required to support a resurgent industrial base has to be rebuilt after years of decline.

The Trump Administration recognized the need to revitalize the Army, restore the relevant industrial base and create many hundreds of skilled jobs for American workers. In the Fiscal Year 2019 defense budget, the administration funded the Army for the production of 135 Abrams upgraded with the state-of-the-art System Enhancement Package Version 3 (SEPv3). Overall, the JSMC has received nearly $2 billion in new orders for Abrams tanks and Stryker vehicles. As a result, a workforce that had shrunk to just 400 during the recession is likely to top 1,000 again.

It is vital that the increase in production of the M1A2 Abrams SEPv3 begun in FY2019 be continued. The Abrams upgrade program will ensure the survival of the last tank plant in America, and of America’s soldiers on future battlefields.