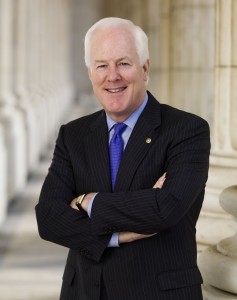 This speech was given by Senator John Cornyn at the Lexington Institute’s Capitol Hill Defense Acquisition Reform event on June 24, 2015.

It’s a real pleasure to be able to speak with you this afternoon about something as critical to our nation as defense acquisition reform.

While I certainly consider myself very hawkish when it comes to our national defense, to say that reform is needed is a gross understatement, and I know you’re probably here  because you agree.

I am glad to see so many folks here who care about this issue, and understand both the urgency and the complexity of it.

The truth is that we have been facing a sort of perfect storm for the past several years – our military’s technological advantage is eroding at a time when our budgets are getting tighter.

And while it is clear that Congress needs to provide our military with relief from the Budget Control Act, doing so will not solve the deep-rooted problems with our acquisition processes.

You’re all familiar with the troubling stats on failed acquisition programs.  According to one analysis, the Department of Defense wasted around $46 billion between 2001 and 2011 on at least a dozen acquisition programs that never delivered a single piece of operational equipment.  Of course, Congress is complicit in mandating spending on weapon systems the military no longer wants to buy and has tried to end as well.

And while I want our troops to have the most advanced, cutting-edge military equipment on the planet, we must balance that objective against the need to ensure these programs are feasible and realistic, both in terms of cost and schedule.

And, in the future we should take a hard look at whether extensive concurrency should be a feature of our acquisition programs.  Mass-producing systems before we have even finalized their designs seems like a problematic proposition at best.

But I know you are all familiar with the graveyard of failed acquisition programs, so I won’t list them all.  And I don’t have all the answers on how and where the system needs to be fixed – I’ll leave most of that to the acquisition experts you’ve heard from today. And it makes it more difficult to argue for a boost in the defense budget.

But when billions upon billions of dollars are wasted on acquisition programs, it undermines the credibility of the Defense Department as a trusted steward of our constituents’ hard-earned money.

Equally important to this stewardship is the Pentagon’s audit-readiness. After former Secretary Panetta took strong action on this, Congress has followed suit, requiring the Defense Department to be audit-ready by the end of Fiscal Year 2017.  For our military, being able to square its books when asked is integral to ensuring it maintains its standing as one of America’s most trusted institutions.

These acquisition problems have been festering for decades, despite several well-intentioned efforts at reform.  And in some cases, Congress bears a healthy share of the blame for making the system more unwieldy.

Of course, our military has not always been plagued by ineffective defense acquisitions.

During World War II we could point to several defense acquisition success stories such as the P-51 Mustang fighter, the Higgins boat, and the Jeep – all demonstrating how the government can partner effectively and efficiently with industry to achieve and maintain not only technological superiority, but overwhelming lethality against the enemy.

Of course today, our defense industrial base is just a shell of what it was back then. We need new entrants into the defense sector now more than ever to spur innovation, and get ahead of our adversaries and competitors all over the world.

In its annual report on Chinese military developments, the Department of Defense highlighted China’s advanced technology acquisition strategy as a central tenant of its military policy.

So today, while China is innovating, stealing high-end technology or reverse-engineering it, and growing its military-industrial machine, America is at risk of losing its status as the world’s most technologically advanced military.

But I am proud to say these concerns are not falling on deaf ears in the U.S. Congress. And that is largely thanks to two reform-minded men who have prioritized defense acquisition reform, and put forward proposals to keep our military and defense systems the best in the world.

Chairman Mac Thornberry over in the House, a fellow Texan, as well as my colleague and Chairman of the Senate Armed Services Committee Senator John McCain, have made it their goal to bring commonsense reforms to our defense acquisition process.

And the initial result of their labors can be found in the FY16 NDAA that the Senate passed last week, which I was proud to vote for, as well as the NDAA passed recently in the House.

Their joint effort represents a multi-year initiative to fix the fundamental process that delivers our nation’s warfighting capabilities.

The core premise of these McCain/Thornberry reforms is to make every dollar count, while providing efficient defense solutions for our country’s growing needs.

For example, the Senate bill establishes a robust system of accountability that streamlines decision-making and decentralizes the acquisition process. One simple way it does this is by empowering the service chiefs who are responsible for requirements and budgets to also have the responsibility of weapons acquisition.

These reforms also provide greater flexibility in the acquisition process, and allow our military’s urgent needs to help set our acquisition agenda, while also improving access to non-traditional or commercial contractors.

This way, companies found all over the country, including in tech-capitals like Silicon Valley and Austin, will have more opportunity to work with our military, uniting the innovation in the U.S. private sector with the mission of our nation’s defenders.

This added measure of flexibility is something our special forces have benefitted from for years. Where it makes sense, we should adapt similar processes for use on the conventional side.

So while the challenges to effective defense acquisition reforms are great, I am encouraged by the first steps made by Congress.

In short: these measures in the NDAA will reduce the red-tape and bureaucratic hurdles to procuring weapons systems and services.

With the support and further input from organizations like those represented here today, and the continued leadership of legislators like Senator McCain and Congressman Thornberry, our military can maintain its technological edge in every domain – and without breaking the bank.

So thank you again for having me, and for doing so much to highlight this important issue on Capitol Hill.