This speech was given by Scott Chandler at Lexington’s Defense Acquisition Forum on June 24, 2015.  Chandler is a Manager for Pratt & Whitney’s military engine business.  The views here are his own, and do not represent his company. 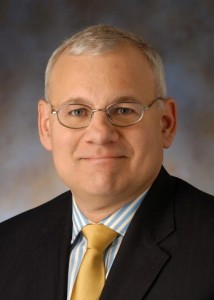 I have nothing new here today to tell you.  Nothing new is needed – except leadership.  After decades of reform and hundreds of blue ribbon reports, it seems likely  that all that  could be known about defense acquisition must already be known.

It is nevertheless encouraging that the House, Senate, and the Pentagon are all today working to improve defense acquisition.  But this has been going on for decades  with little  success. Since before the Packard Commission in 1986, and in hundreds of studies and legislative efforts since that time, tremendous resources in and out  of government have been  applied to studying and improving our acquisition system.  During all that time, the system has delivered goods and services that too often  take too long, and cost more than they  need to.

Nevertheless, the flawed US acquisition system endures – enabled by relatively unsophisticated recent threats, and the sheer economic strength of the United States  powering through each budget cycle – but that is becoming increasingly difficult.  The nation is now mired in tremendous fiscal crisis.  The current national debt exceeds $18 Trillion – more than $56,000 for each man, woman, and child in the United States. Just ten years ago, the national debt was less than half of this  amount.  CBO predicts that by 2022, debt service alone will exceed defense spending.

That the current acquisition system is flawed seems without argument.  The Highlights of the Thornberry Effort say that “More than being monetarily wasteful, dysfunction in the acquisition process is sapping America’s technological edge and robbing our military of agility in the face of multiplying threats.”  The announcement of the SASC markup of the 2016 NDAA was even more emphatic: “Our broken defense acquisition system is a clear and present danger to the national security of the United States.”

Several improvements proposed for the 2016 NDAA are welcome but it also proposes new challenges, and new burdens.  Together with new DoD and executive policy, they all only add to what former Deputy Secretary of Defense John Hamre calls the “accretion of laws, regulations, reporting requirements, and mandated procedures that are choking the system.”

One of the most meaningful observations we can make about the inability of the current acquisition system to provide an efficient national defense is that whenever the situation requires immediate solutions to wartime realities such as IEDs, or greater speed or more innovation or access to the latest available technology, no one waits for the crippled acquisition system, and instead they bypass that system through various authorities and initiatives in order to get critical acquisition done.  The Senate version of the NDAA would even provide several new ways to do this.

Currently proposed acquisition reforms in legislation and policy do not yet include solutions to fundamental drivers of dysfunction and inefficiency, nor are they convincing enough to conclude that they will in time, or are qualitatively different from acquisition reform from past decades.   That suggests it remains premature to be optimistic for meaningful relief from current inefficiency and dysfunction for the near future. MIT professor Harvey Sapolsky famously summarized this state of affairs in his oft-quoted 2009 article:  Let’s Skip Acquisition Reform This Time:

The limited number of available reforms have all been recycles.  You can centralize or decentralize.  You can create a specialist acquisition corps or you can outsource their tasks.  You can fly before you buy or buy before you fly.  Another blue-ribbon study, more legislation, and a new slogan will not make it happen.

In addition to problematic acquisition, the system is burdened by a Department of Defense weak in basic management skills.  As much as one third of procurement dollars go to “overhead”. Neither DoD nor any service has ever passed a financial audit, but they routinely counsel, audit, and penalize suppliers for their financial systems.  In its latest biennial High Risk Report, on the issue of financial management the GAO reported:

Financial management is only one of seven systemic weaknesses GAO has documented within DoD management since inception of this list in 1990. The GAO High Risk Report has for many years included these areas requiring corrective action:

The Defense Business Board (DBB) adds that “DoD lacks sufficient understanding of business operating models and drivers of innovation.”

While Secretary Carter is inviting reluctant non-traditional suppliers in Silicon Valley to come to DoD and assures them of DoD’s strong support for intellectual property rights, DoD acquisition leadership is counseling its organization to demand the full spectrum of supplier’s intellectual property, and detailed cost and pricing data, even for commercial items, which per DoD guidelines is openly collected for competitive purposes.  In this policy, DoD fails to understand that the purpose of respecting intellectual property rights, recognized in Article 1 of the Constitution, is not to protect innovators, but to ensure that innovation happens.  Because of this failure, it is difficult to be optimistic that the DoD Defense Innovation Initiative, or the USAF Bend the Cost Curve program will attract the innovators they need.  One also has to suspect that innovation in the traditional industrial base would grow significantly from today’s levels if freed from the same oppressive acquisition rules the DoD proposes to waive for non-traditional suppliers.

DoD has a poor grasp of how to harness the power of the profit motive for its own purposes to attract suppliers to work on its problems, to compete with one another, to inspire innovation, and to reduce cost.  Instead, supplier profit is anathema to government, and DoD forfeits that power.  Pierre Chao of CSIS testified in a 2013 HASC hearing that “Culturally we have evolved to a point where the system would rather pay $1 billion and 5% profit for a defense good, than $500 million and 20% profit.” The fact is that multiple studies show that defense industry companies earn half the margin of S&P 500 companies.  A simple manual survey of the top defense contractors compared to the Dow 30 shows that it is far more profitable making diapers or burgers than the world’s best fighter jet. Loren Thompson told us “…the idea weapons makers are generating excess profits is laughable.”

While I respect the energy and sincerity of those engaged in the present acquisition reform, it is a struggle to be optimistic that Professor Sapolsky is wrong this time.

If there is a lesson in the decades of imperfect acquisition reform, if there can be hope of real improvement, it must reside in a rethinking of the fundamental foundation of acquisition.  Those responsible to the taxpayer need to be careful what is done in his name.  Thomas Jefferson counseled that “No more good must be attempted than the people can bear.”

One of the primary problems with the acquisition system is that it is burdened with promoting social policy and global objectives, and protecting parochial interests and constituencies at the expense of affordability and performance.  But if we are to meet the financial and performance crises, and achieve real progress in acquisition reform, we must be intellectually honest, rethink what is truly sacred, and ruthlessly cut out any process, policy, infrastructure, or parochial interest that does not benefit the taxpayer’s financial interest and the national defense.

It cannot be sacred to the national interest to protect unexamined any process, function, base, organization, workload, quota, or turf.

It is not in the national interest to maintain an acquisition system so dysfunctional that it is routinely bypassed when critical acquisition must be done.

It is not in the national interest to create an environment where contracting is so difficult, time consuming, adversarial, and contrary to supplier interests that few are willing to work with government or to solve its problems.  We cannot afford an acquisition system so unfriendly and frustrating for suppliers that (paraphrasing Ronald Reagan) the eleven most terrifying words in the English language become ‘I’m from the government, and I’m here to do business with you.’

It is not in the national interest to protect process over defense.

The only things that can be sacred in acquisition, especially under pressure of fiscal crisis, must be the service and material support of the strategic defense of this country in the most cost effective manner, and preservation of the intellectual and industrial capacity of this country to provide the warfighter what he needs for our defense.

If we are to achieve the revolutionary improvement in acquisition reform so elusive these past decades, I propose four new principles on which to build a new foundation.

The first new principle of reform must be trust — in the integrity of the irreplaceable private industrial base, and in the professionalism and judgment of the acquisition workforce.  Trust with verification, of course — normal, responsible, due diligence.

“The nation’s defense programs lose far more to inefficient procedures than to fraud and dishonesty.  The truly costly problems are those of overcomplicated organization and rigid procedure, not avarice or connivance”

The second new principle of acquisition reform must be the recognition that suppliers have a choice about where to invest, whose problems to solve, and who they do business with.  If DoD wants suppliers to compete for its business or solve its problems, DoD needs to be a more attractive buyer.  Government should hold itself accountable for creating the dysfunctional environment which fails to produce the affordability, competition, technology and performance outcomes it needs.  Government should not expect those outside of the traditional industrial base to be interested in dealing with the many thousands of pages of arcane and unfriendly acquisition laws they need not deal with anywhere outside of defense.

The fourth principle of reform must be excellence in all functions the government reserves for itself.  After 25 years, DoD must work its way off the GAO High Risk List.  Unless or until this happens, DoD should leave any new responsibility for management, logistics, or sustainment to those best equipped to execute them.

The financial and budget crises are real and deepening. It is irresponsible to demand from our citizens and our posterity ever more treasure when the fundamental mechanisms of acquisition are not working well.

The House version of the NDAA says “It is clear that the acquisition reform efforts of the last 50 years continue to founder because they fail to address the motivational and environmental factors in which they must be implemented.” We ignore these factors in our new reform efforts at our peril.