If you ever make it down to St. Augustine, Florida, be sure to visit the Alligator Farm. It not only has every single species of alligator and crocodile on site for your viewing pleasure, it also features an obstacle course and zipline over the crocodile pits. Your fearless correspondent gave it a try, and I highly recommend the aerial adventure.

While you are in the neighborhood you can also tour Northrop Grumman’s St. Augustine aircraft factory. That company builds Hawkeyes (E-2Ds) there for the U.S. Navy and foreign customers. They are the unique aircraft with radomes on the top, like AWACS, that track other aircraft and in-coming cruise missiles for our carrier battle groups. The mission is known as “airborne early warning,” and the Brits almost lost the Falklands war because they did not have it.

Northrop Grumman also, believe it or not, still builds the venerable F-5s in St. Augustine. They were the aircraft that made Northrop a household name in the aerospace business with thousands of overseas sales, and became even more famous as the faux MIGs in the movie “Top Gun.” And if the Navy buys more C-2 Greyhounds, which appears likely, they will also be built at St. Augustine. Most civilian visitors to aircraft carriers get the thrill of the tail-hook landing and catapult take-off while strapped into a C-2.

But the point of this blog is to tell you about Jacksonville itself, which is just up the road from St. Augustine. Despite their lowly NFL Jaguars, the Jacksonville naval, logistics and industrial complex is thriving, with a highly motivated political base at the local, state and federal level, and new aerospace business flowing in their direction. It doesn’t hurt to have nice weather, magnificent waterways, and no state income tax, either. 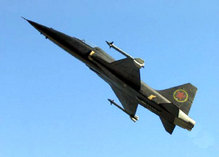 Boeing’s new P-8, which is replacing the P-3 for maritime patrol missions, is arriving at the Jacksonville Naval Air Station, with the first squadron being stood up this year. They are militarized versions of the 737, an aircraft that will probably still be in production when our grandchildren are collecting privatized Medicare vouchers.

The Fleet Readiness Center (known as a repair depot in the military world) has hundreds of millions of dollars in business and thousands of workers at the Naval Air Station. They do upgrades and maintenance work on high-profile aircraft like the Super Hornet, Predator and V-22. They also have popular business partnerships with companies like Raytheon that drive out costs and increase readiness for aircraft coming back from overseas.

The Navy base at JAX (which Jacksonville is affectionately known as) is Mayport, which is in a gorgeous corner of the area just off the Atlantic Ocean. The USS Roosevelt just came back to Mayport from an east African cruise, in which it deployed the unmanned aircraft Scan Eagle quite effectively looking for pirates and other bad actors. Mayport also just stole an amphibious ready group from Norfolk, Virginia. That will bring three new large combatant ships to Mayport, including the USS Iwo Jima. 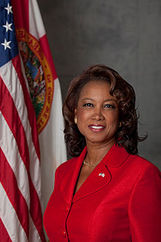 Florida politicians really know how to play the military-industrial game. The Lt. Governor, Jennifer Carroll, is a retired Navy maintenance officer. The local Congressman, Ander Crenshaw, is not only on the Appropriations Committee, but has on his staff one of the most knowledgeable defense aides on Capitol Hill, Erica Striebel. And the Navy uses savvy operators like Matt Schellhorn, the former commanding officer of Mayport, to make sure the community is fully behind the Navy’s growth and interests.

Between the beaches, no state income tax, the booming military business and the weather, Jacksonville makes you wonder if you are living in the wrong place.