Federal energy loan guarantees and grant programs can produce both intended (subsidies for research and development) and unintended (market distortions) effects on technology development and job creation, along with giving promising research a needed boost in capital.

In a recent open letter by Chris Gronet, CEO of Solyndra Inc., a manufacturer of cylindrical photovoltaic (PV) systems for commercial rooftops, remarked, “We operate in an extremely capital-intensive industry, and our ability to achieve positive gross margins and attain operating profitability is dependent upon our ability to rapidly increase our production capacity.” Gronet’s company has increased production capacity with the assistance of a $535 million loan facility guaranteed by the U.S. Department of Energy (DOE), but any additional expansion requires the company to raise additional capital.

While capital from federal grant programs can give companies like Solyndra the boost they need to expand capacity, the funds can also give an edge to other products the federal government deems more worthy of investment.

On May 7, DOE announced up to $62 million in such grants to research, develop, and demonstrate Concentrating Solar Power (CSP) systems capable of providing low-cost electrical power. Aimed at finding a baseload replacement for coal power stations, the grant will improve CSP component and system designs and thermal energy storage initiatives. CSP technologies concentrate and capture energy from the sun as heat, which then powers an engine or turbine to produce electricity. CSP plants can include energy storage facilities, which allow the plant to produce power for short periods of time in the absence of active sunlight. These projects aim to extend operation to an average of about 18 hours per day, a level of production that, according to DOE, would make it possible for these plants to displace traditional coal-burning power plants.

The 5-year grant issued 13 awards in two categories: Concentrating Solar Power Systems Studies and Concentrating Solar Power Component Feasibility Studies. The three Systems Studies grants, which total $31.6 million in awards, will evaluate the feasibility of a complete CSP baseload system and support development of prototype systems for field testing. The ten Component Feasibility Studies awards total $30.6 million and focus on research and development of concepts and components that could be part of a CSP baseload system.

A $10.8 million CSP System Studies grant was awarded to Pasadena, California-based eSolar, Inc. With the support of the grant, eSolar will design, build, and test a CSP power plant system with fundamentally new components. The plant will employ multiple, modular towers, instead of one central tower, which will use reflective mirrors to heat a liquid salt within each receiver. The high-temperature fluid will then move to a molten-salt steam generator that produces electricity. The system will also feature a thermal storage system.

The CSP Component Feasibility Studies grants, among others, include: up to $4.3 million to SkyFuel, Inc. to develop a significantly larger trough system than is currently available for use in baseload CSP generation; up to $4.5 million to SunTrough Energy, Inc. to develop a new class of solar concentrators and build a pilot manufacturing facility to evaluate the cost-effectiveness of the new technology; and $3 million to Infinia Corporation to develop a large-scale thermal energy storage device to be used with solar dishes.

CSP is one of four subprograms within the U.S. DOE’s Solar Program, which also focuses on Systems Integration, Market Transformation, and PV technologies. While these grants focused solely on CSP, the federal government has also been funding research and development grants that support PV technologies, with the goal of minimizing the effective life-cycle cost of solar energy. The DOE Solar Program’s PV subprogram supports three categories: new devices and processes; prototype design and pilot production; and systems development and manufacturing.

In May, the California Public Utilities Commission (PUC) hired a consultant to test smart meters serviced by Pacific Gas and Electric Company (PG&E) throughout the state. The investigation, which will cost PG&E $1.4 million, will study meter accuracy, system performance, deployment practices and complaints of high electric bills.

PG&E has installed 5.7 million smart meters across its service territory, but installation errors and transmission problems with 43,300 smart meters in central and northern California have led to inaccurate energy readings and billing for electricity.

When customers noticed dramatic increases in their electricity bills after their smart meters were installed, they contacted PG&E but received no response from the company. Approximately 1,000 customers reported problems to the California PUC, and some took their story to the media, culminating in a full investigation by the company and the California PUC. One customer has sued the company.

PG&E, one of the first utility companies to install smart meters on a wide scale, has released a 700-page report detailing its smart meter installation process and the problems identified and addressed thus far. While PG&E admits to some installation problems, the company has only had to replace eight digital meters because of  “accuracy issues.”

PG&E customers have complained that the meters are hard to read and that the company failed to follow through on promises to educate consumers about using their meters to reduce their energy use. While the company’s communications with customers about the new meters promoted potential savings through its SmartRate plan for electric bills, nearly half of the Smart Meters it has deployed are gas-only. The utility’s deployment plan calls for 5.3 million electric and 4.5 million gas meters to be installed by the end of 2011.

Burt also testified at a California legislative hearing about the problems discovered and the company’s steps taken to address the issues. Approximately 5,500 meters had networking problems and were replaced as problems were identified, but the networking problems did not impact meter accuracy. Approximately 27,000 meters were installed incorrectly and have been repaired and replaced, and 11,000 meters had other problems that the utility says did not result in overcharging.

While the utility maintains that these problems seem to have affected less than one percent of PG&E’s smart meters, they may portend larger problems for smart grid. The widespread consumer complaints and poor customer relations associated with these smart grid programs have emerged as a potentially major obstacle to consumer acceptance, and could impact the further adoption of smart meters and the national smart grid program. As the utility works to persuade its customers and regulator that its efforts to implement smart meters are in good faith and truly worth the hassles and costs, their progress may prove to be a harbinger for smart grid implementation elsewhere around the country.

Related problems have occurred in Texas, where the state PUC has launched an investigation into Oncor and Centerpoint Energy after customer outcry regarding a spike in energy costs. Oncor explains the increase by the unusually cold winter weather in Texas last year, but the state PUC has continued its investigation. Thus far, 1,400 meters have been tested and all have been found to be accurate, according to the PUC. Oncor has acknowledged 1,800 meter reading errors, but the company blames human error during conversion, not the units themselves, for the problems. Oncor has recently installed its one millionth smart meter. 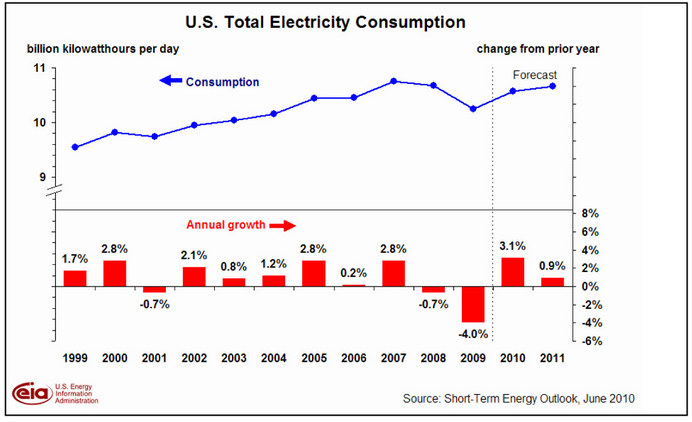 The Commission launched an inquiry into the spot market energy price caps in the Western Electricity Coordinating Council (WECC) outside of California. According to FERC, “California is an integral part of a trade and reliability region in the West. Because of this interdependency of market and infrastructure, conditions in and changes to the California market affect the entire region.”

Organized by the California Independent System Operator (CAISO), California’s spot-power market limits prices for power bid into the state’s market at $750 a megawatt-hour, a limit that is set to increase to $1,000 per megawatt-hour in April 2011. The WECC sets spot-power sales in neighboring Western states, which limits prices to $400 a megawatt-hour. The inconsistency between the caps could lead to “market distortions,” making it more difficult for utilities outside California to obtain power, according to FERC.

But according to Susan Court, a former FERC director of enforcement, the proposal could have the intended effect of removing market distortions by aligning the region’s pricing structure with eastern markets that also implement a cap of $1,000 per megawatt-hour. She believes that by leveling the price limits between regions, both CAISO and WECC customers will benefit. “[T]he western market of California and the surrounding areas will be subject to the same rules. By definition, that has to help reduce market distortions,” she says.

FERC also denied petitions filed by SunZia Transmission LLC’s regarding negotiated rate authority and the allocation of firm transmission rights to some owners of the proposed jointly-owned SunZia Southwest Transmission Project. Even though FERC has previously allowed an entity that funds a transmission project to be given priority on the line’s capacity, FERC denied this request because SunZia entities are acquiring transmission rights to be used by third parties, not the funding entities themselves. FERC also noted that SunZia needed to more fully address reasonable rates, discrimination, preference, and reliability issues before they could approve the requested negotiated rate authority.