The Department of Energy (DOE) issued the final rule amending regulations for the Loan Guarantee Program, which Congress established to stimulate the expansion of energy sources that do not emit greenhouse gasses and the creation of innovative energy technologies. This final rule, which was announced December 7, will allow financial institutions and other investors to actively participate in the program.

According to DOE, which is now authorized to guarantee up to $32 billion in loans, this rule change will allow the Loan Guarantee Program to consider financing projects in conjunction with other lenders.

Observers noted that one major impact of the changes will be to make it easier for the program to offer loan guarantees for large-scale nuclear reactor projects. In particular, the final rule eliminated the prior requirement that the Department receive first lien on all project assets as a condition of its guarantee. The ruling merely confirms such a requirement as one option the Energy Secretary may exercise among other possible collateral arrangements, potentially opening the door for guarantees to projects with multiple participants.

According to a November 2009 report by Citigroup Global Markets, “In our view, it is extremely unlikely that private sector developers will be willing or able to take on the construction, power price, and operational risks of new nuclear stations. The returns would need to be underpinned by the government and the risks shared with the taxpayer/consumer.” The report, which cited cost escalations in construction costs for new nuclear projects as a contributing factor, argued that minimum power prices (including capacity payments) and government-sponsored support for financing may be necessary to bolster the viability of new new nuclear power plants. It noted the need for government interventions to improve the financing environment and help alleviate the higher cost of debt for new nuclear construction if new nuclear is to play a significant role in energy policy moving forward.

Other changes include allowing revised amortization schedules, shorter or longer, for major projects and revisions to intecreditor agreements.

This rule comes on the heels of the appointment of Jonathan Silver to head DOE’s Loan Program Office, where he is responsible for the Loan Guarantee Program and the Advanced Technology Vehicles Manufacturing loan program. Silver, a former venture capitalist, has worked with firms that have invested in alternative energy. Prior to Silver’s arrival, both loan programs that he oversees have awarded venture-backed companies as beneficiaries, including Solyndra through the Loan Guarantee Program and Tesla Motors through the Advanced Technology Vehicles Manufacturing Loan Program (ATVM), among others. Silver will also manage the Department’s alternative energy investments.

Details about the Loan Guarantee Program can be found at www.lgprogram.energy.gov. DOE has an application site for the program and has posted suggestions for interested candidates.

The Los Angeles Department of Water and Power Smart Grid Regional Demonstration Project is a partnership with local research institutions and will include gathering data on how consumers use energy in a variety of systems, testing on the next generation of cybersecurity technologies, and how to integrate a significant number of plug-in hybrid electric vehicles onto the grid.

According to DOE, the American Recovery and Reinvestment Act grants will be leveraged with $1 billion from the private sector. A complete list of the smart grid awards is available through the DOE website.

The Environmental Protection Agency (E.P.A.) announced December 1, 2009, that the agency is likely to increase the allowable limit of ethanol content in fuel blends to 15 percent but postponed the final decision until mid-2010. The current ethanol blend limit is 10 percent unless vehicles are specifically designed to handle higher blends.

Growth Energy, a biofuels industry association, requested a waiver from the E.P.A. to allow for the five percent increase in March 2009. While testing is not complete, initial E.P.A. engineering assessments reportedly indicate that vehicles produced in or after 2001 can likely accommodate the higher ethanol blend levels.

The Department of Energy (DOE) is conducting a series of studies on 19 vehicles to evaluate the effect of a higher blend of ethanol on vehicles when used over many thousands of miles. Complete testing data are already available on two vehicles, which preliminarily seem to confirm the safety of increased ethanol blends in newer cars, and data should be available for an additional 12 vehicles in May. All 19 vehicle studies should be concluded by August 2010.

According to a letter from the E.P.A. to Growth Energy, if the test results continue to indicate that the increased ethanol blend levels are safe for newer vehicles, the agency would “be in a position to approve E-15 for 2001 and newer vehicles by the mid-year timeframe.”

The Alliance of Automobile Manufacturers supports postponing the E.P.A.’s final decision until the federal government can prove that increasing the ethanol blend does not negatively affect existing engines, fuel lines, and emission systems, stating, “Widespread failures resulting from higher blends of ethanol would be costly to automakers, a setback for the biofuels industry and most of all a disaster for the driving public.”

The National Marine Manufacturers Association and the Alliance of Automobile Manufacturers are equally concerned about the bifurcation of fuel supply for drivers and boaters. If the increased ethanol blend is only proven safe for newer vehicles, consumer confusion could lead to misfueling incidents. Misfueling could result in personal injury, irreversible damage to older cars, and vehicle operational problems, according to the National Petrochemical & Refiners Association. The E.P.A. is currently assembling a working group to address fuel pump labeling concerns and make recommendations on final labeling requirements, should the ethanol blend increase ultimately be approved. 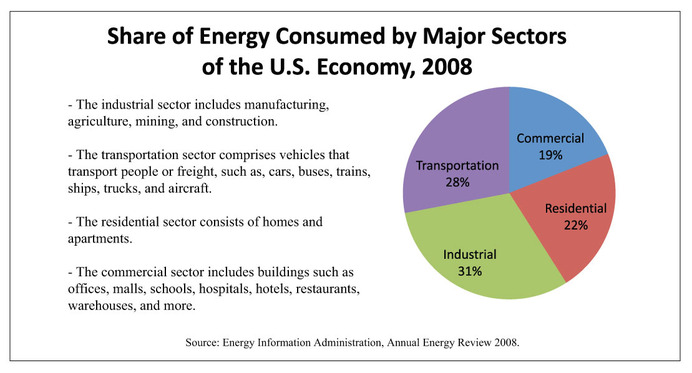