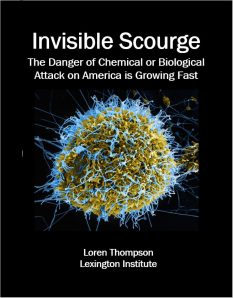 The danger of a chemical or biological attack against the U.S. homeland is growing.  In the case of chemical threats, thousands of sites around the world manufacture precursors that could be used to fashion weaponized toxins such as nerve gas.  North Korea and Syria apparently have done so.  In the case of biological threats, the tools and skills needed to engineer virulent pathogens are increasingly available to extremists.  Either type of threat could kill vast numbers of Americans.

Against that backdrop, the Lexington Institute on June 18 released a concise report describing the nature of the threat, detailing why the danger of an attack is growing, and delineating what steps the federal government should take to bolster preparedness.  In brief, the findings of the report are as follows: