DOE MOVES OUT WITH LOAN PROGRAMS

The federal Department of Energy has begun awarding up to $30 billion in loan guarantees for renewable energy projects. The agency announced its first, $535 million guarantee to Fremont, California commercial solar-cell manufacturer Solyndra, in March.

In July, it awarded loan guarantees to Massachusetts’ Beacon Power, to build a 20-megawatt flywheel energy storage plant in upstate New York, and to Nordic Windpower, a California company constructing a wind turbine assembly factory in Pocatello, Idaho. Both of these loans were secured from the Treasury Department’s Federal Financing Bank.

Energy Secretary Steven Chu aggressively accelerated the much-delayed loan guarantee program, originally authorized in 2005, making it one of his top first-year priorities. To accommodate the expedited timeline, the Department implemented a string of changes in policy and procedure, including a rolling review of applications, streamlined applications and using outside partners to speed the underwriting process.

In 2008, a Government Accountability Office report expressed concerns with the DOE’s administration of the loan guarantees. In particular, it cited concerns that the agency had underestimated applicants’ program costs, and failed to establish “key measures to use in evaluating program progress.” Such errors result in shortfalls that leave taxpayers exposed to increased risks, risks that are themselves largely inherent to the nature of a government loan guarantee. GAO has yet to evaluate the effect of recent changes to the program.

Commitments were made to the Ford Motor Company ($5.9 billion to equip factories in five states to produce more fuel-efficient models), Nissan North America ($1.6 billion to retool a Tennessee factory for electric vehicles and to build an advanced battery production plant), and California automaker Tesla Motors ($465 million to manufacture electric vehicles, battery packs and drive trains). Secretary Chu described the loans as investments in advancing fuel efficiency, creating new engineering and manufacturing jobs, and producing cheaper electric vehicles. Additional loans will go to automakers and parts suppliers expected to help raise fuel economy levels by 25 percent over 2005 levels, and will be divided among multiple approaches and technologies.

Grants For Overseas Jobs Criticized
Criticism has grown in recent months for Department of Energy support for grantees who engage in overseas manufacturing. A 2009 report by a coalition including the Sierra Club and the International Brotherhood of Teamsters noted a number of U.S.-based companies “carrying out wind and solar manufacturing activities in low-wage havens abroad.” The report targeted companies including SunPower, a Silicon Valley corporation that received a $24 million DOE grant while producing solar technologies in China, the Philippines and Malaysia.

In announcing the auto loans, Energy Secretary Chu noted that “99 percent of the batteries that power America’s hybrid cars” are made overseas, in Japan, and that creating new manufacturing jobs in the auto and battery industries in the United States would be an Obama Administration priority.

Meanwhile, a letter sent to the Senate Energy and Natural Resources Committee by 17 nonprofit organizations, including the Union of Concerned Scientists and several of the nation’s largest environmental groups, expressed concerns about new proposals to expand loan guarantees for the development of renewable energy technologies. The June 16 letter advocated limits to the amount of financial assistance any one technology could receive under federal loan guarantees. “The diversity of technologies eligible… means that less expensive and less risky technologies will be competing for financial assistance with technologies that are highly capital intensive and inherently more risky.”

The Environmental Protection Agency is approaching a December 1 statutory deadline to grant or deny the distribution and sale of fuel containing more than 10 percent ethanol. The Agency proposed its Clean Air Act waiver, to increase the allowable ethanol content of gasoline to 15 percent, in response to a petition filed by Growth Energy, the nation’s largest ethanol producer.

The controversial proposal elicited over 10,000 public comments. Supporters included 10 Midwestern governors, citing economic benefits and greater energy independence. Major automakers opposed the move until adequate testing to prevent “unintended consequences” can be completed. “Most vehicles being driven by American consumers were not designed to operate on ethanol blends” of greater than 10 percent, stated a letter from the largest international vehicle manufacturers, citing concerns that auto emissions systems would be unreliable with the new fuel.

Energy Department grants played a major role in increasing ethanol production capacity during the previous administration. Among these was support for a 25 million gallon/year commercial plant to produce cellulosic ethanol from corn cobs, to be operated in Iowa by ethanol producer POET. The pending EPA rulemaking holds significant implications for farmers choosing to dedicate more acres of corn for ethanol production, as well as equipment manufacturers and crop insurance providers.

September 25 marked the close of the public comment period for another pending EPA action with major implications for biofuels, its proposal to revise annual renewable fuel standards (RFS2). The proposed rule, required by the Energy Independence and Security Act of 2007, would establish new definitions and criteria for renewable fuel and the feedstock used to produce them, and set volume requirements for production for each category. The proposal also fulfills a statutory requirement to expand the program to include diesel fuel used in highway vehicles as well as fuels used in non-road engines. A number of current Congressional proposals connected with ongoing “Cap and Trade” deliberations also hold deep implications for this process. 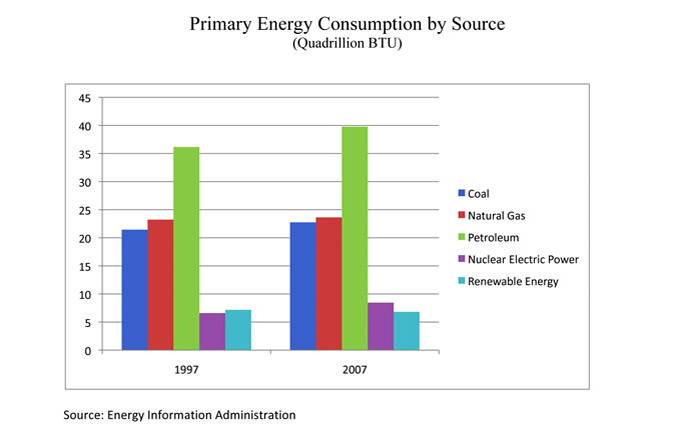 The agency received more than 400 applications and will begin announcing winners in early November, reported EE Times. Among the more prominent proposals include one reportedly seeking $42.5 from the city of San Jose in partnership with Pacific Gas & Electric, Cisco Systems, IBM and Stanford University, and another by the Pacific Northwest Smart Grid Demonstration Project that includes a dozen utilities from several Northwestern states in cooperation with the Battelle Memorial Institute.

Upgrading to a new, national smart power grid requires adding thousands of miles of high-voltage transmission lines to the 157,000 miles already in use. Such a major investment of new infrastructure is critical to integrating renewable energy providers onto the grid, and to moving power from green production sites, like wind farms and hydroelectric power plants, to the cities where it is needed most.

To overcome likely regional roadblocks to building new interstate power lines, Congress in 2005 granted the federal Department of Energy the authority to designate National Interest Electric Transmission Corridors, and granted it power of eminent domain to enforce their use. But extremely broad corridors seemingly provide the agency with vast discretion: all of New Jersey and Delaware, 22 of 24 counties in Maryland, and much of Southern California are all currently-designated National Interest Corridors.

Eminent domain would not apply to federal or state-owned property. But property owners and businesses could have their land seized by the Federal Energy Regulatory Commission through court proceedings, in return for what is deemed fair market value, should other negotiations fail.