In July, the Advanced Research Projects Agency-Energy (ARPA-E) at the U.S. Department of Energy announced $92 million in new funding for 43 research projects in 18 states aimed at long-term solutions for improving how the nation uses and produces energy. The agency, originally authorized by Congress in 2009, opened for business last Spring. This announcement completed the third and final cycle of the office’s Recovery Act funding.

Earlier this year, Energy Secretary Steven Chu described his policy priorities for ARPA-E , telling audiences at its Energy Innovation Summit, “If you want renewable energy to be 30 or 40 or 50 percent (of power generation), you need much better energy transmission and much better storage.”

GRIDS projects, modular so that they can potentially be widely implemented throughout the power grid, were particularly geared toward wind and solar power. Two research projects included in the GRIDS grants focus on flywheel energy-storage, a technology where electricity is stored as kinetic energy in a spinning wheel.

Massachusetts-based Beacon Power Corporation will receive $2.25 million for the development of a 100 kWh/100 kW flywheel energy storage module in Huntington Beach, California. Employing a new “flying ring” design that combines highly-efficient energy regulation with the capability to accept and deliver full energy loads over 40,000 times during a 20-year lifetime, the proposed flywheel is intended to store four times more energy than current flywheels at one-eighth the cost. Also in July, the Energy Department finalized a $43 million loan guarantee for Beacon’s 20-megawatt storage facility, planned to create 60 jobs in Massachusetts and New York.

Boeing was awarded $2.26 million to create a low-cost, high-energy density flywheel storage capability in Tyngsboro, Massachusetts. While flywheels have often been used as short-duration energy storage devices, this project aims to increase the energy density of the flywheel for longer-duration applications, including renewable energy ramping to the power grid. To increase energy density, Boeing will implement new fiber materials that allow the flywheel to spin at higher speeds, an important development toward potential grid-scale deployment.

Other GRIDS technologies that have been funded through ARPA-E include superconducting magnetic energy storage, flow batteries and compressed air energy storage.

Since last year, the agency has selected a total of 117 projects for $349 million in funding. In April 2010, ARPA-E grants awarded $106 million to 37 research projects in areas such as: biofuels from electricity; batteries electrical energy storage in transportation; and zero-carbon coal.

The Department of Energy (DOE) continues to support the development of different solar technologies though billions of dollars in loan guarantees and millions in grants.

In early July, the department announced conditional commitments totaling $1.85 billion through its Loan Guarantee Program that will be aimed at solar power generation and storage technologies. Of that, a $1.45 billion loan guarantee has been extended to Abengoa Solar Inc. to finance the construction and start-up of a concentrating solar power (CSP) generating facility in Solana, Arizona. The technology will use parabolic shaped glass mirrors that direct sunlight onto receiver tubes that heat the fluid inside to over 700 degrees Fahrenheit. The heat is then used to turn steam turbines. The project also includes a thermal energy storage system that will allow for the production of electricity after the sun has set.

The first of its kind in the country and one of the largest CSP plants in the world, the project will supply clean electric power to approximately 70,000 homes and will add 250 megawatts of capacity to the electrical grid using the parabolic trough solar collectors and a six-hour thermal energy storage system. Electricity from the project will be sold through a long-term power purchase agreement with Arizona Public Service Company.

DOE also awarded Lakewood, Colorado-based Abengoa Solar Inc. up to $10.6 million in May 2010 for a CSP Systems study to evaluate the feasibility of a complete baseload system.

Another $400 million conditional commitment was offered to Abound Solar Manufacturing, LLC to manufacture thin-film solar panels through the Loan Guarantee Program. Colorado State University, the National Renewable Energy Laboratory, and the National Science Foundation jointly developed a proprietary manufacturing technology that Abound Solar will use to produce photovoltaic panels utilizing thin Cadmium-Telluride films. This will be the first time this new manufacturing technology is deployed commercially anywhere in the world. By 2013, the company aims to produce millions of solar panels annually, enough to support up to 840 megawatts of new solar power each year.

In February, Oakland, California-based BrightSource Energy was awarded a $1.37 billion loan guarantee to support the construction and start-up of three utility-scale concentrated solar power plants. In May, BrightSource Energy raised an additional $150 million in a fourth round of equity financing.

On August 4, a California Energy Commissioner moved to initiate approval for the company’s proposed three-plant complex on federally-owned land in the Mojave Desert, for what would become the world’s largest operational concentrated solar power complex. The Commission is expected to rule on the proposal following a 30-day public comment period. The project has been opposed by environmental groups seeking to protect wildlife in the desert terrain, including native desert tortoises and two species of rare plants.

The U.S. Senate Appropriations Committee approved a $35 billion budget for fiscal year 2011 on July 22. The budget largely maintains current spending levels for basic and applied energy research while increasing funding to the ARPA-E program, which awards research projects that focus on the efficiency and accessibility of alternative energies.

The bill would provide the U.S. Department of Energy (DOE) $28.3 billion, including, among others:

The bill also included $10 billion in nuclear loan guarantee authority for new reactors, which is lower than the $25 billion approved in the House of Representatives. Currently, the DOE has the authority for $18.5 billion in nuclear loan guarantees. The largest project supported through this program is an $8 billion loan guarantee for Southern Co. to construct the first new nuclear power plant in the state of Georgia. The plant will be the first nuclear power facility built in the U.S. in almost 30 years.

ARPA-E director Arun Majumdar indicated in an interview with “Platts Energy Week” that his agency would likely focus on the distribution and use of natural gas, as well as Smart Grid initiatives. “We are looking at reliability, the modeling, the stability of the grid, and how to make it two-way,” he said.

The committee rejected a proposed amendment from Senator Patty Murray (D-WA) that would have continued funding for Nevada’s Yucca Mountain nuclear waste repository.

Separately, the Senate Energy and Natural Resources Committee approved legislation that aims to provide homeowners and businesses billions of dollars in rebates, loans, and other incentives to purchase solar energy systems for 10 million properties by 2021. The legislation has been dubbed “Ten Million Solar Roofs,” as the incentives will largely focus on equipping homes and businesses with solar energy from roofing. The bill provides $250 million in financial incentives annually for the next decade. The bill passed Committee on a 13–10 vote, with all Republicans voting in opposition. 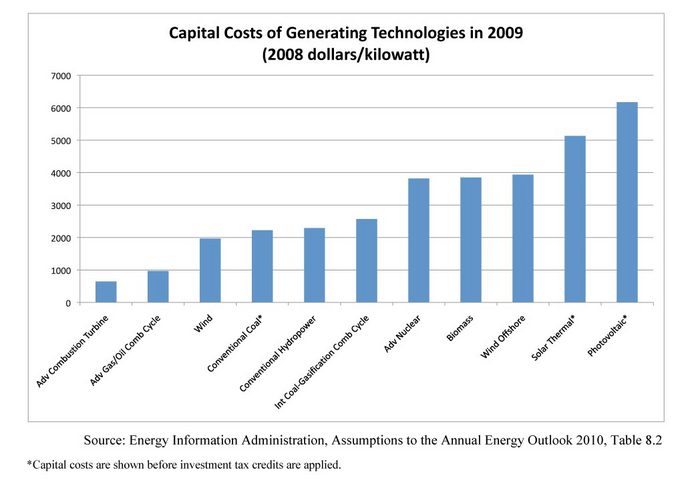