Created in 1789 as the Department of the Post Office, the U.S. Postal Service (USPS) commenced operations as an “independent establishment of the executive branch of the Government of the United States” in 1971. USPS has a legal mandate to provide “fundamental service” to the American people at “fair and reasonable rates.” USPS fulfills its universal service requirement by offering a variety of classes of mail service within which the price does not vary unreasonably by customer for the level of service provided.

Universal service is generally understood to entail six-day-per-week delivery to every address in the United States for one flat rate. To compensate for this obligation, USPS holds a monopoly on the delivery of non-urgent letter communications and on the use of mailboxes. In 2010, USPS formally asked for permission to move to five-day-per-week delivery. 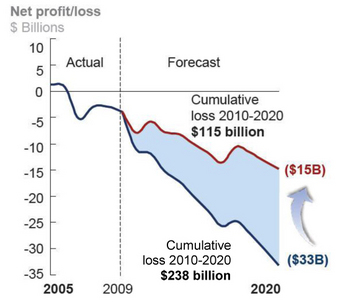 The Postal Accountability and Enhancement Act of 2006

USPS is exempt from vehicle licensing requirements and does not have to pay parking tickets or municipality fees. It also has power of eminent domain and its own police force.

The Postal Service does not collect sales tax and does not pay local or state property tax. It calculates the amount of income tax it would pay on revenue from its competitive products if it were a private interest but then pays that putative amount of tax to itself.

The Postal Service may borrow funds, up to $3 billion annually or $15 billion total, from the U.S. Treasury at discounted rates.

August 1970 — The Postal Reorganization Act replaces the Post Office Department with the U.S. Postal Service, moves rate-setting mechanism out of the political process, and allows for collective bargaining between postal management and employees.

May 2003 — USPS assents to its first Negotiated Service Agreement, with Capital One, as part of an effort to increase mail volume. Under these agreements, big mailers can receive discounts if they meet certain volume thresholds and engage in certain labor-saving practices, like presorting and opting out of return service.

July 2003 — The President’s Commission on the U.S. Postal Service makes recommendations to the President and Members of Congress.

December 2007 — The Department of the Treasury released a report on the Postal Service’s accounting and cost-attribution practices. It found that USPS was able to attribute only 60 percent of its costs to specific products and services.

January 2008 — The Federal Trade Commission releases a report mandated by the PAEA on the competitive advantages and disadvantages the Postal Service possesses as a result of its status as a government entity. The report also explored the Service’s monopoly on consumers’ mailboxes.

May 2008 — USPS begins offering price incentives to customers who meet certain volume thresholds for Priority and Express Mail or who purchase these expedited services online.

March 2010 — Postal Service releases 10-year Comprehensive Strategic Plan to maintain the viability of the agency. Postal executives warn of cumulative losses reaching $238 billion over the decade absent fundamental changes. USPS claimed it could avert $123 billion without assistance but would need Congress’s help to achieve the remaining $115 billion in savings. 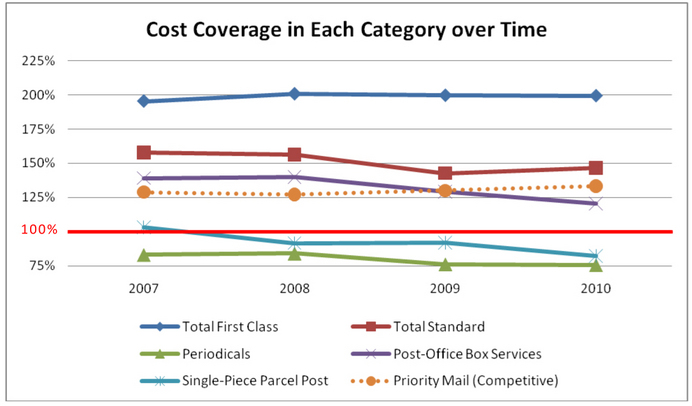 Of all categories of mail, First Class Mail contributes the greatest percentage of its revenue toward institutional overhead. (Source: USPS Annual Compliance Reports)

First Class: Personal correspondence, letters, and bills or statements of account. It may also be used for advertisements and lightweight merchandise weighing less than 13 ounces.

Bound Printed Matter: Permanently-bound sheets of advertising, promotional, directory or editorial material such as catalogs and phonebooks up to 15 lbs.

Library Mail: Items on loan from or mailed between academic institutions, public libraries, museums, and other qualified organizations.

COMPETITIVE PRODUCTS (ABOUT 13% OF TOTAL REVENUES)

Priority Mail: Expedited delivery service for documents and packages weighing less than 70 lbs that reaches most U.S. locations in 2-3 days. 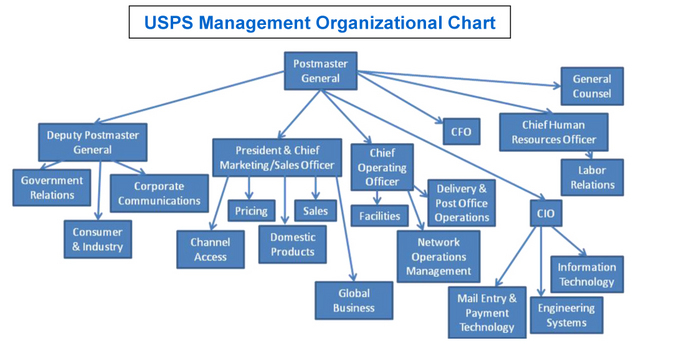 Board of Governors: Consists of nine members appointed by the President and confirmed by the Senate, the Postmaster General and the Deputy Postmaster General. The Board governs Postal Service operations, practices, policies, and expenditures.

Office of the Inspector General (OIG): Independent of postal management, the OIG reports directly to the Board of Governors. OIG investigates and evaluates programs and operations of the USPS to maintain the integrity and accountability of the Postal Service.

Government Accountability Office: The audit and investigative arm of Congress which ensures the accountability of the federal government, including independent agencies like the Postal Service.

Postal Regulatory Commission (PRC): Formerly the Postal Rate Commission, the PRC is an independent regulatory agency made up of five commissioners appointed by the President and confirmed by the Senate for six-year terms. The PRC reviews and approves postal rates and classifications, adjudicates complaints, and determines whether USPS is in compliance with existing law. The PRC has subpoena power, the authority to adjust rates, and the ability to levy fines against USPS. The PRC maintains the Mail Classification Schedule and produces the Annual Compliance Determination.